If you really love yourself some ice cream and yet paradoxically you’re also very mobile and nimble, General Mills rolled out something this year that might grab your attention. It’s tied to Haagen Dazs and more specifically the Haagen Dazs NOW app. It’s geo-targeted delivery on-demand, and it’s so good (apparently) that it can pinpoint delivery to an exact location, even if you’re not standing still. Impressive.

Geo-targeting has been all the rage of mobile marketers (or at least the most “in-the-know” subset) for a few years now; as far back as January 2016, some brands – predominantly fashion at that point – were already killing it with push notifications tied to geo-fencing. So, this isn’t necessarily a new thing.

What is new for fall of 2018 is that you’re increasingly seeing food brands get involved in the geo-targeting on-demand game. Meal delivery options like Seamless, Postmates, and UberEats have been in this space before, but other food brands are in the game too.

Consider NYC-based ice cream brand Van Leuween. They provided users with mobile payment options and used this feature to track the location of the user via the PayPal app. As a part of this campaign, customers were required to install the PayPal app on their mobile device and link it to their PayPal account. Then the app used geolocation to detect when a consumer was near a Van Leuween store and enticed them in-store with special offers and deals. Users were then allowed to place an order and pay for their treats via the mobile app.

The conversion from “wandering mobile user” to “brick and mortar money-spender” is one of the great promises of geo-targeting, of course.

Whole Foods did something interesting a little over a year ago, and put geo-fences around specific Whole Foods locations but also geo-fences around competitors with sweet deals, luring other shoppers to drive/walk a bit further to get the Whole Food deal. The campaign yielded Whole Foods a 4.69% post-click conversion rate – more than three times the national average of 1.43%.

It’s not all rosy, though, as Digiday talked about last summer:

The likes of
Unilever
and
Heineken
are among the most sophisticated users of data, but even they are struggling to blend their own first-party data with that from second- and third-party sources in order to use people’s movements to
build audience segments,
said another agency executive who spoke to Digiday on the condition of anonymity.

This is the great challenge: how can you take location data and make sure it’s a) accurate, b) targeting the right people, and c) have a successful campaign to go with it? It’s a tough three-way intersection for mobile marketers right now.

Some questions to consider before a geotargeting campaign, especially around food or perishables:

If you can answer the majority of those questions, geo-targeting seems a good play. If you’re struggling, especially with the first two, it shouldn’t yet be on your marketing road map or mobile strategy decks.

Trick-or Treat? A Rundown of Apps That Use Geotargeting to Deliver published first on https://alanneumann.tumblr.com/ 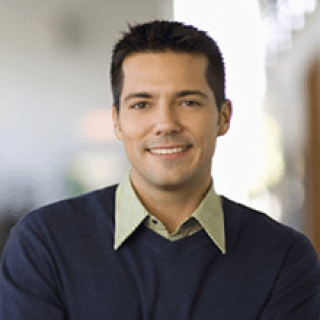